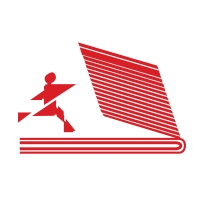 Modern Press, founded in 1982, is under China Publishing Group Corp., a state-owned publishing corporation inChina, and has been awarded the title of “National Outstanding Press” by then General Administration of Press and Publication (GAPP). In 2011, it was renamed Modern Press Co., Ltd. as required by the GAPP to reform the cultural industry system.

Following the concept of “Higher Quality, Higher Goals” proposed by China Publishing Group Corp., it has published a large number of high-quality books well received by readers in light of its own characteristics and formed product lines centered on popular culture & social sciences, literature, children's books and music books.

It publishes over 800 book titles per year. Under the leadership of China Publishing Group Corp., it has adhered to the path of “specialty and high-quality publication” in the relentless pursuit of becoming an innovative modern publishing house.

In recent years, Modern Press has been focusing on publishing best sellers in the biography, literature and business & Management categories. It produces books that would sell tens or even hundreds of thousands of copies every year, such as You Are the Apple of My Eye (fiction, 700,000 copies sold), Hyekyo’s Time (autobiography by Hyekyo Song), The Road to Financial Freedom series (finance, over 300,000 copies printed so far for the series) as well as detective stories by Keigo Higashino including Shippuu Rondo and Setsuen Chase series.