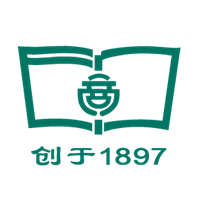 With total yearly book sales valued at US$350 million and publishing 2,000 new titles on average, our company is a forerunner and leader in academic and reference book publishing in China. Established in 1897, Shanghai, it remains tirelessly committed to promoting education and enlightening people with exuberant innovation and pioneering as it impacts the nation’s education and culture.

Achieving numerous “firsts” in the history of modern publishing and education, The Commercial Press introduces modern scholarship, while compiling and publishing many new textbook series aimed at primary, middle and high schools, as it has witnessed the emergence of new kinds of schools set up all across China ever since 1904.

It has set the benchmark for cultural education in China with its progressive publishing of dictionaries and related reference books, including landmark titles such as The Commercial Press English and Chinese Standard Dictionary (《商务书馆华英字典》), the first English-Chinese dictionary in China, in 1899; New Dictionary (《新字典》), the first modern Chinese dictionary in China, in 1912; Ci Yuan: A Dictionary of Chinese Etymology (《辞源》) published in 1915, which was the first large encyclopedic lexicon of modern Chinese, and a host of other dictionaries in specialized fields.

Editing and compiling classical work and disseminating new learning further embodies its unique contribution to China’s educational and cultural development. It has notable classics such as a reprinting of the achievements of Twenty Four Histories (百衲本二十四史), A Series of Books in Four Categories of Literature (四部丛刊) (consisting of more than 300 titles, over 2,000 volumes), A Series of Ancient Books (古今图书集成) (with classic collections from the Song, Yuan, Ming and Qing dynasties contained in some 4,000 titles), The Rare Edition of A Complete Collection in Four Branches of Literature (四库全书珍本), the Wanyou Library (万有文库), a general series of over 4,000 volumes, and many other original scholarly works.

It has also led the way in introducing modern Western scientific thought and world-renowned scholarly works, such as Evolution and Ethics, and literary classics, such as La Dame aux Camélias, which has galvanized, empowered, and promoted the Chinese academics embracement of such thought as China transitioned into modernity.

The Commercial Press set up the earliest modern magazines in China, such as The Eastern Miscellany (东方杂志),   Fiction Monthly (小说月报) and Educational Journal (教育杂志). It also laid a foundation for modern Chinese filmmaking, by producing various films with the aim of promoting popular education. Oriental Library, a public library founded by The Commercial Press, was honored as “an East Asian prestigious cultural treasury” and “the best library in Asia”, where lectures by the masters such as Rabindranath Tagore, Bertrand Russell, John Dewey, among others, were held.

Recognized as the go-to place for dictionaries, it is the publisher of the Xinhua Dictionary (《新华字典》), a remarkable national dictionary with currently over 10 million copies published per year on average, amounting to 700 million copies since its first print in 1953, as recorded by the Guinness Book of World Records as being the Most Popular Dictionary and the Best-Selling Reference Book (regularly updated) in 2016. And the Contemporary Chinese Dictionary (《现代汉语词典》), the first standardizing Chinese dictionary, which has played an irreplaceable role in the standardization and dissemination of the modern Chinese language, hailed as the “archetype” of all Chinese dictionaries, with its notable scientific approach and authoritative presence.

Boasting a strong presence in academic publishing in China, The Commercial Press has made achievements in its field, benefitting from the Reform and Opening-up introduced in China in 1978, exemplified by The Chinese Translation of World Famous Academic Works series (汉译世界学术名著丛书), which, so far, have produced over 700 titles offering Chinese intellectuals a window to the outside world, and Masterpieces of Chinese Modern Academic Series (中华现代学术名著丛书), which designed to “draw upon past learning for the initiation of future innovation” and to “harken back to intellectual and cultural roots for China’s path forward”.

It has introduced a synchronized print and electronic publishing strategy to the market in 2014, publishing across all media involving editing, compiling, digitalization, printing, marketing and publishing, operating in its 20 departments and 18 subsidiary and branch companies across China.

For decades, The Commercial Press has maintained a long and sustainable copyright licensing cooperation with over 50 major international publishers with the help of its strategic business partnerships, such as with Oxford University Press, De Gruyter, Wolters Kluwer, Springer, Routledge, Cambridge University Press, Brill, and many more.