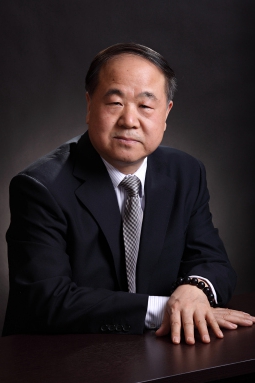 He is the first Chinese writer who won the Nobel Prize in Literature. With his regional literature works appearing suddenly in the 1980s, he is honored as a “root-questing” literary writer full of complicated feelings of “homesick”.

His main works include Red Sorghum, Sandalwood Death, Big Breasts and Wide Hips, Fatigue Life and Death, Frog and The Republic of Wine. His representative work Red Sorghum is seen as the landmark of Chinese literary works in the 1980s and has been translated into more than 20 languages and issues all over the world.