As China’s engagement in global governance increases, the demand of translation services is rising accordingly to enable smooth cross-cultural exchanges and dialogues. The CTC Youth Cup for International Organisation Document Translation Competition (CTC Youth Cup), known as “the highest-level UN-themed translation competition in China”, has been annually hold in Beijing since 2020.

The 2020 and 2021 CTC Youth Cups were sponsored by China Translation Corporation (CTC) directly under China Publishing Group Corporation affiliated to the Publicity Department of the CPC Central Committee. Established in 1973 under the approval of the State Council, CTC is China’s one and only state-owned translation enterprise and long-term language service provider for the United Nations (UN). For half a century, it has been providing quality language services for dozens of UN agencies and international organizations, representing the highest level of UN documents translation in China.

Based on CTC’s rich successful experience in providing language services, the CTC Youth Cup tests participants’ proficiency in international organisations’ documents translation as well as required professional expertise. More importantly, as a well-known UN-themed translation competition in China, it is committed to discovering talented young translators with a global vision, enhancing the public awareness of the UN’s core concepts such as SDGs, providing an international platform for excellent translators to showcase their talents, and making the international organisations much closer to the young people.

With more than 12,000 participants in total, including students from over 800 higher education institutions in seven countries and regions such as China, US, Canada, Korea, and Singapore, professional translators, and translation enthusiasts, the CTC Youth Cup has received overwhelming response among the language service industry and young students. It has received coverage from many mainstream media outlets including China Daily, CRI Online, Global Times, China Internet Information Center, IFENG.com, and The Paper, with over three million times of media exposure in total. Relevant news published on the convergence media platforms have been forwarded and viewed over 700,000 times. 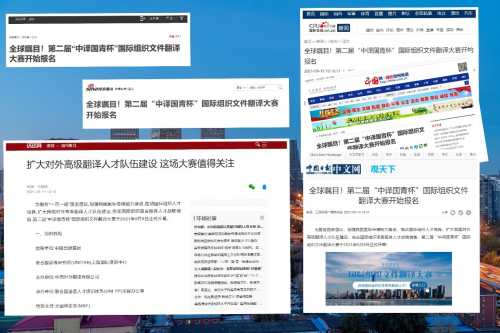 The 2020 and 2021 CTC Youth Cups were organized by the Office of the United Nations Language Professionals Training Programme, under the direction of China Publishing Group Corporation and UNITAR’s International Training Centre in China, and with support and guidance from United Nations Global Compact (UNGC) Network China, Médecins Sans Frontières (MSF), former UN Resident Coordinator and a number of senior international organization officials. 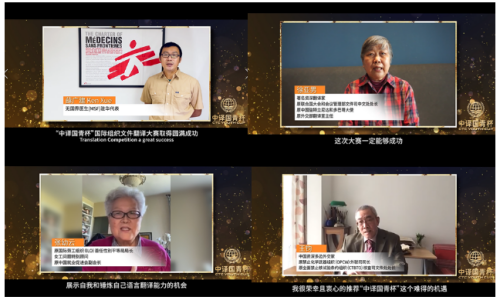 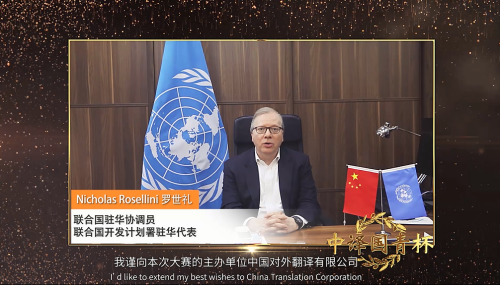 Translation plays a significant role in facilitating the communication between China and the UN including other international organisations. It spearheads the dissemination of UN’s philosophy and initiatives, and improving the awareness of the SDGs, among the public and in professional circles. The CTC Youth Cup will be held regularly and aims to grow into a nationally influential, pace-setting UN-themed translation competition.

China Translation Corporation (CTC) is the biggest state-level enterprise of language services in China. Under the approval of Premier Zhou Enlai and the State Council, the company was established in March 1973, and now boasts hundreds of professionals with rich experiences in translation. It is also the one and only long-term language service provider for the United Nations in China. For the last four decades, CTC has been providing outstanding language services, such as translation, interpreting and training, for UN agencies and international organisations.