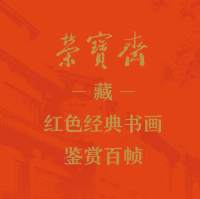 Since the founding of the PRC, Rongbaozhai has attained remarkable success in all aspects, especially in the collection of paintings and calligraphic works. Its collection is extremely extensive, with a spectacular number of works by modern and contemporary artists in particular. Part of the artworks created during China's War of Liberation and socialist construction, many of Rongbaozhai's red culture-themed works are also sparkling gems in the history of art.