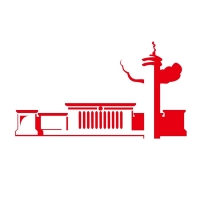 China Democracy Legal System Publishing House was founded in February 1989, which originally affiliated with the General Office of the NPC Standing Committee. On April 22, 2010, the General Office of the Standing Committee of the National People's Congress officially signed a document with China Publishing Group Corporation, and China Democracy Legal System Publishing accomplished the transformation to enterprise and the re-organization and became one of the member company of China Publishing Group. The publishing house has stick to the publication tenet “basing on the work of the National People's Congress and serving the democracy and legal system”, adhered to the correct publishing orientation, and carried out various publishing work, which has played an active role in propagating constitution and law and the system of people’s congress. In 2009, China Democracy Legal System Publishing House was rated as “National Top 100 Publishing Houses”; In 2016, it was rated as the national advanced unit of rule of law publicity and education in 2011-2015 by the Publicity Department of the Communist Party of China and the Ministry of Justice; In 2020, it was rated as the advanced unit of theme publishing of China Publishing Group in 2017-2019.

As a legal professional publishing house, the publishing scope of China Democracy and Legal Publishing House includes: Working books of state power organs, administrative organs and judicial organs at all levels; All kinds of legal books and citizens' legal books; Teaching materials and counseling books for law; Legal reference books; Compilation and yearbook of NPC work materials; Books for NPC theory and practice; Academic works; Interpretation of laws and regulations, physical objects and related case books; Special (translated) works of law and Jurisprudence, etc. The publishing house has published Documentary on Legislation of Socialist Legal System with Chinese Characteristics, Construction of Socialist Legal System with Chinese Characteristics and Documentary on Basic Political System of Socialism with Chinese Characteristics-People's Congress System. A large number of books with social and economic benefits, such as the Constitution of the People's Republic of China, the Civil Code of the People's Republic of China, and the interpretation series of legal provisions, like the Interpretation and Application Guide of the Civil Code of the People's Republic of China, have contributed to the construction of democracy and the rule of law in China.

With the vigorous development of the publishing industry, China Democracy and Legal Publishing House has seized the market opportunity and continuously expanded into the field of humanities and social sciences publishing. Under the guidance of the publishing concept of “democracy and legal system constructs harmonious society, reading enlightens wisdom life”, it has published The Rise of Great Powers, The Road to Rejuvenation, Target China, The Forbidden City Mystery, Tiananmen Square in 600 Years, The Republic Memory of Tiananmen Square, The Distance between Literature and Art, The Third Globalization Wave and so on.

In September 2019, with the strong support of China Publishing Group Corp., the publishing house successfully acquired Beijing Faxuan Online Technology Co., Ltd. in order to continuously improve the content innovation ability and adhere to the integration development road. “Legal Publicity Online” is a leading legal publicity enterprise in China. Its business covers many fields such as legal publicity online education, legal publicity cloud platform, legal artificial intelligence, legal publicity media machine, new media operation, legal publicity books and audio-visual research and development, etc. Its market performance is excellent, and it is deeply trusted by professional customers of the judicial system and the masses of terminal people. This asset acquisition is a major practice in the strategic transformation of publishing houses, and it is an important measure for the layout of “books, audio-visual, new media and legal intelligence”, which is conducive to further promoting the digital construction process of publishing houses, improving their strength and optimizing their layout, laying a solid foundation and providing space for the future integration and extension development.

Since 2020, China Democracy and Legal Publishing House has faced new development opportunities, stood at the forefront of publicizing the people's congress system and popularizing legal knowledge, and continued to forge ahead, innovate and strive to achieve high-quality development. China Democracy Legal System Publishing House will constantly enhance its brand influence.