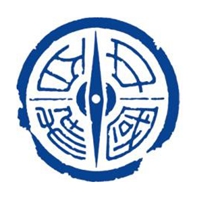 Over more than forty years, ECPH has not only accomplished the initial mission of compiling the first encyclopedia of modern China, but also formed its own featured production lines of encyclopedias, reference books, academic readings, children’s books, popular science readings, as well as digital publications, etc. ECPH has presented such large general encyclopedic compilations as Encyclopedia of China (74 Volumes), Encyclopaedia Britannica (International Chinese Edition) (20 Volumes), Encyclopedic Dictionary of China (10 Volumes), Encyclopedia of China (Second Edition) (32 Volumes); about 100 specialist, local encyclopedias, a wide range of serial reference books and books of popular interest, totaling over 6,000 titles have been produced. In cooperation with more than 100 publishers in Hong Kong, Macao, Taiwan and other overseas publishers including those in the U.S., the U.K.,  Germany, Poland, Russia, Japan, etc., ECPH exported and imported over 1,000 titles. ECPH’s works also include more than 200 electronic publications, audio-video products and digital publications. ECPH is working on the third edition of Encyclopedia of China. Designed with the function of online encyclopedia, it is a national service platform for the production, distribution and communication of common knowledge.

Since 1993, more than 300 titles offered by ECPH have won grand awards including Chinese Government Awards, National Best Publication Prizes, National Best Lexicographical Works, and National Awards for Electronic Publications, Chinese Best Publications, and National Prizes for Progress in Science and Technology. In 2009, ECPH was listed by GAPP in the “Chinese TOP100 Publishers”. In 2013, ECPH was awarded with the Chinese Government Awards of Best Publishers, and was set as a successful example of digital transition by SAPPRFT. In 2014, ECPH was listed in the TOP10 Publishers of China Publishing Group. It was also nominated as the Market Focus in the 2015 London Book Fair. In 2016, it was awarded the title of “National Advanced Unit for Press and Publication Standardization” by the National Press and Publication Standardization Technical Committee and the title of “The Most Influential Enterprises on Copyright Exchange in China” by Copyright Society of China. In 2017, it was awarded the “National Copyright Exemplary Unit” by the National Copyright Administration of the People’s Republic of China and the “2017 Beijing Award for Rewarding Original Publication Copyright Trade for Promoting the International Communication of the Publishing Industry” by Beijing Municipal Bureau of Press, Publication, Radio, Film and Television. ECPH was listed as one of the “Top 100 Chinese Most Influential Publishing Houses on Overseas Collection” from 2017 to 2020. It was granted the “Award for Rewarding Business Performance on Overseas Publishing for Promoting the International Communication of the Publishing Industry” in 2020 by Beijing Municipal Bureau of Press and Publication. It was also honored as the National Enterprises of Cultural Export from 2012 to 2021.

As a comprehensive publisher with high productivity, ECPH will produce more interesting, educational and practical titles for its readers. And ECPH is always open for cooperation with partners in publication industry all over the world.