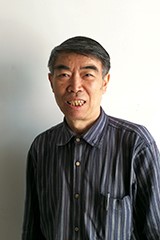 Meng Xianming, a famous writer, scriptwriter, folklorist, is the chairman of Henan Children's Literature Association, vice chairman of Henan Folklore Association, and a part-time professor of the School of Literature of Henan University. He is committed to creating literature, scripts and researching folklore. He has written 10-plus novels, 30-plus scripts, and three academic works. He won over ten domestic and international awards, including two successive "Five Outstandings" by the Publicity Department of the CPC Central Committee and China's Outstanding Books in 2017. Also, he is the scriptwriter of the Best Movies of San Diego International Kids' Film Festival in 2010, 2012, and 2013.