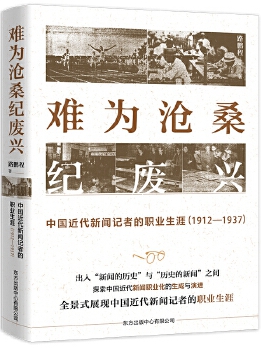 Struggling Recorder of Vicissitudes is born from the author’s years of study. By reviewing related information, it portrays the journalists in the Republic of China during 1912–1937, from various perspectives and in an overall manner. In this academically valuable and readable book, the author draws such a conclusion: in the context of that time, the government and the journalists, who were both vulnerable and in strong, pressing needs for the support from each other, implemented a cross-stratum pattern of cooperation. However, though journalists aspired that the government must follow justified public opinions they deliver, the then government only regarded journalism as a political tool rather than a social force that can influence policy making and implementation.