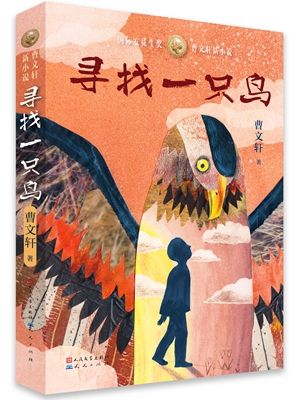 Although he lived with his mom and grandma, ‘PAPA’ turned out to be the first word the boy named Feather learned how to utter, with his mother informing him that his dad was a bird. Possessing a natural connection with birds, Feather’s passion and affection towards birds grew day by day as he matured. One day, Feather chased after a piece of plume he had never seen before and ran into a black carrier pigeon that got lost in a storm. Ever since then, this pigeon became his best friend, keeping him company all along the way. Every holiday, Feather would set out together with his pigeon friend to look for a certain large grey bird and his own dad. During the many journeys, Feather encountered a strange but malicious boy in the town, a teenager always following by his side, and a blind grandpa looking for his long lost son.... These experiences merged like a jigsaw puzzle which gradually revealed a picture filled with wonder and warmth. In one of his journeys, Feather came across an ornithologist coming back from Italy. The two of them, though meeting for the first time, seemed to have already known each other for a long time. Would these events mark the end of Feather’s journeys?