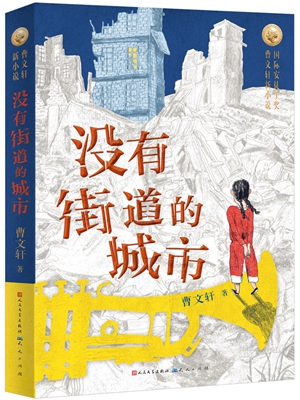 The encounter between a prisoner behind bars and a girl without protection from families in the city of ruins was able to turn their destinies. The two supported, helped and influenced each other in the unparalleled troubles and through one crisis after another—lack of food, night attack by dogs, getting lost in the rain—during which, the girl grew stronger and tougher and the man who made one wrong move to become a robber was touched by the girl’s kindness and integrity. At last, when people returned home, the girl was reunited with her parents under the osmanthus tree and the melody of trumpet which had kept her company for days echoed above the ruins.