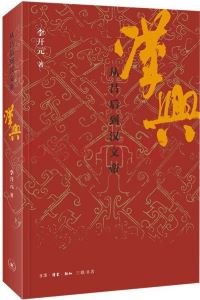 This book is the final chapter of Li Kaiyuan 's historical narrative trilogy. From the founding of Liu Bang to the reign of Emperor Wen of Han, it focuses on the political process after the establishment of the Han Empire. It focuses on the contradiction between the Royal Family, the relatives, and the groups benefiting from military achievements in the early Han Dynasty. Also, it makes a fascinating review of the political and opposition events of the Three Dynasties of Gaozu, Empress Lu (and Emperor Hui), and Emperor Wen by re-interpreting the handed down and unearthed documents. The author continues the narrative style of The Collapse of Qin and the Fall of Chu, attending to both the expression of historical documents in today's language to bring readers to the scene of history and integrating his research into popular writing. Over the years, Mr. Li has always persisted in visiting historical sites and telling historical stories. Mr. Li's narration presented a rich, colorful and vivid history at the turn of Qin to Han.