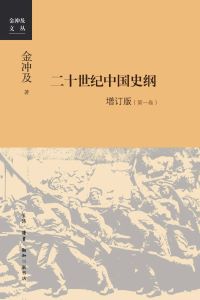 This classic historical work illustrates the road to China's rejuvenation in the 20th century. The book consists of four volumes with more than one million words. Starting with China's tragic defeat in the 1894 Sino-Japanese War, this brilliant work writes from the Boxer Rebellion, the 1911 Revolution, the May Fourth Movement, the Chinese Civil War, and the social movements after the founding of the People's Republic of China, to China in the year 2000.
The author sharpens the original version in the revised edition and includes some wonderful comments on the book by eight famous historians, namely, Qi Shirong, Li Wenhai, Luo Zhitian, Wang Qisheng, Yang Kuisong, Huang Daoxuan, Cheng Zhongyuan, and Zhou Suyuan. They will guide the readers to understand the essence of the book thoroughly.