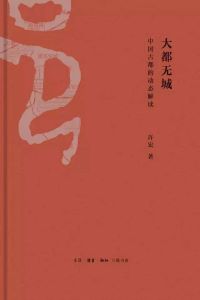 This is an archaeological monograph on China's ancient capitals. By exploring abundant illustrations of ancient capital sites, the author tries to dynamically interpret China's ancient capitals' whole development history by introducing everyone. The book points out that for most of the time, during the almost 2000 years from the earliest Erlitou (二里头) to the Ye City (邺城), there was an era where ancient capitals didn't have outer enclosures, because of the strong national power, military, diplomatic advantage, complexity of the residents, and the natural conditions, etc. Thus, an era of "The Huge Ancient Capitals Without Guards" formed and lasted for over 1000 years. The concept mentioned in the book, that "China's ancient capitals don't have an outer enclosure." Itchallenges the idea that "every settlement owns walled enclosure" in the traditional research of China's Ancient Capitals.